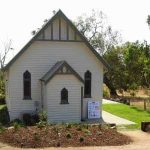 2014     The original Christ Church building, relocated to the Vine and Branches  Personal Growth Centre in Lower Plenty, is opened on February 9.

1996   The Investiture of Rev. Maureen Beattie

1973   Decision to sell the Foote St. site to City of Doncaster and Templestowe. Plans made to build new church and vicarage on land provided by the Diocese on the corner of High St and Dellfield Drive

1972 The Investiture of Rev. Doug Dickinson

1963   Appointment to Christ Church of a curate, Peter Corney

1900   New site purchased on corner of Glendale Avenue and Foote Street.
A new wooden church built and opened on November 8 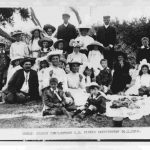 1871   The school building formally licensed as a place of worship

1854   Church of England granted a two acre site opposite, what is now, the Services Memorial Park on the corner of High St. and Foote St.
A school building erected on the site and church services conducted

What’s on each week

An Anglican church in the Diocese of Melbourne, Victoria, Australia. A member church of the worldwide Anglican Communion.